So the last six weeks of the course have been taken up by one year wide group project. As a year we were to create a fantasy side scrolling game in Unreal Engine 4.
We were tasked to create four levels with the themes hot, cold, scary and happy, four NPC's and two main playable characters (male and female.)
The year was divided up into different teams based on their chosen skill. I worked on the character team and was given the task of creating the two main playable characters.
As the idea developed the main chracters eveolved in

I feel one of the things that went well for me this time round was my time management. I completed the two characters well within the time frame and keep to the deadlines we were set along the way.
I am happy with my designs and felt that this was a good learning experience for me to work on my anatomy, proportions and cloth sculpting skills. 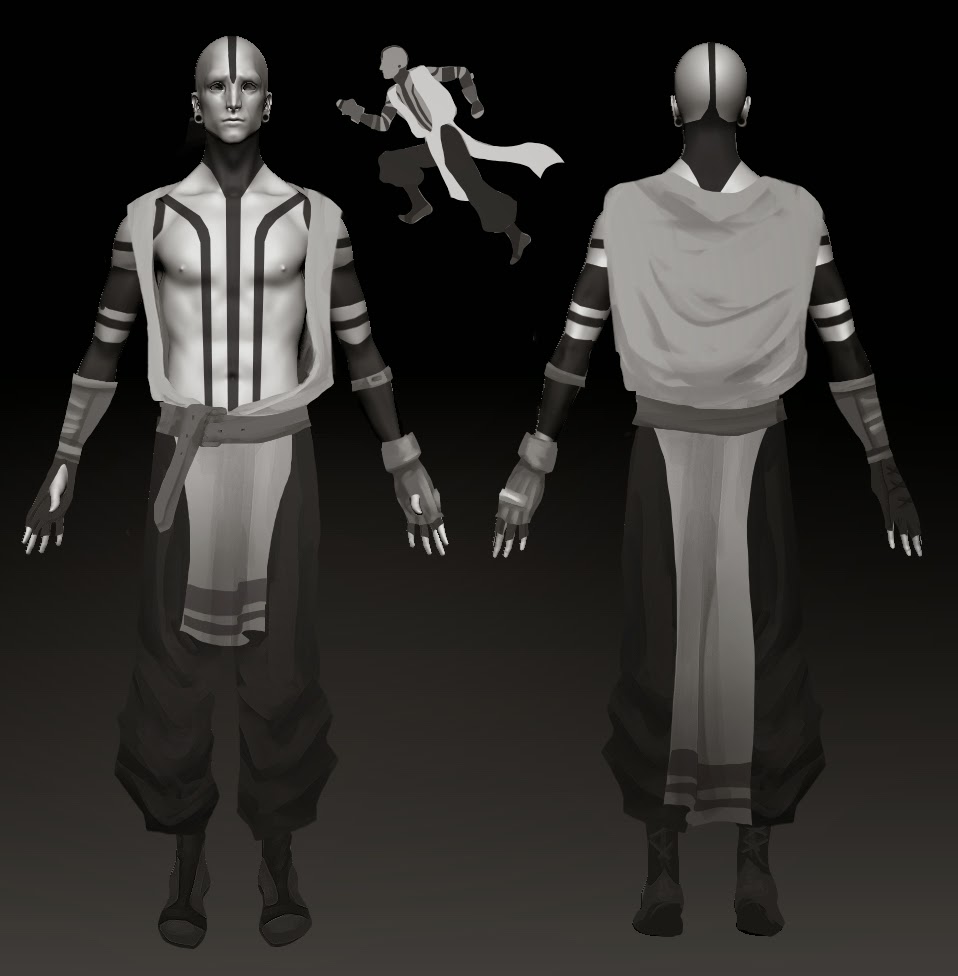 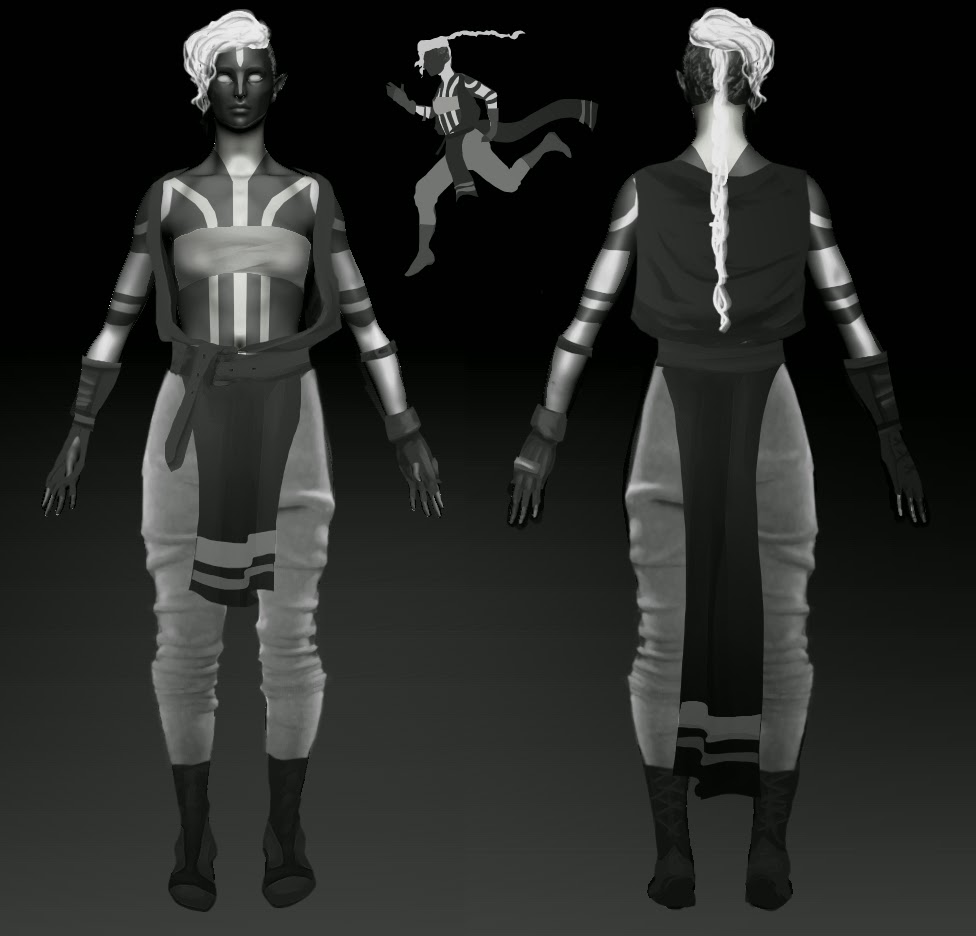 My main disappointment with my own work is that I feel my material definitions weren't up to scratch. I feel that they need to read better as what they are. I also feel the colours are a bit blocky and need more variation and wear and tear. I will be redoing/improving the textures before putting them up on my portfolio.

The main problems I encountered through out this project were adapting my work pipeline to be suitable for the group project. Working as part of a group requires one to be flexible in your job role and be able to adapt to situations.
The main way I overcame this issue was that I talked to the other teams and worked out what other departments needed first and prioritized certain parts of my pipeline. For example, the engine team needed the rigged character to test in game, so I rigged the character first and textured later.
Another problem I encountered was in deciding the colour palette of my two characters. It was particularly challenging as the character must fit into all the levels, which all have different colour palettes. 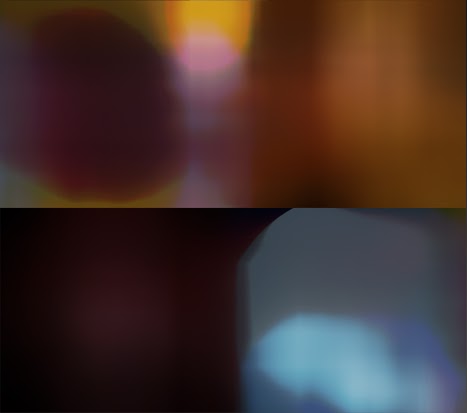 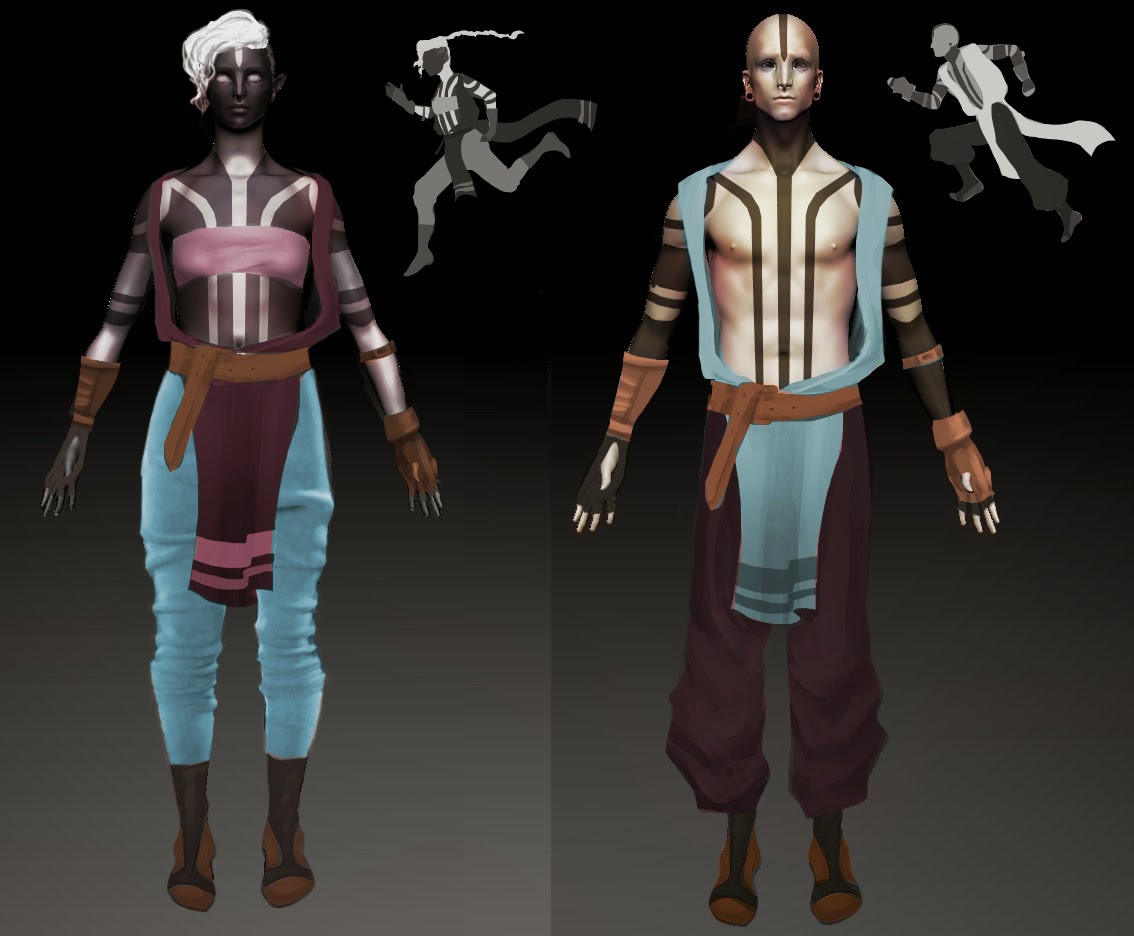 To work out what would work best, I placed all the screenshots of the levels together and did paint overs of my characters in each scene, to see what would be consistent across the levels.
If we were given a similar project again I would have done all of my detailing in zbrush first. I ended up hand painting all the albeido and height maps for the belts, shoes and boots. At the time I thought I would save time but it actually took me longer than sculpting and baking. 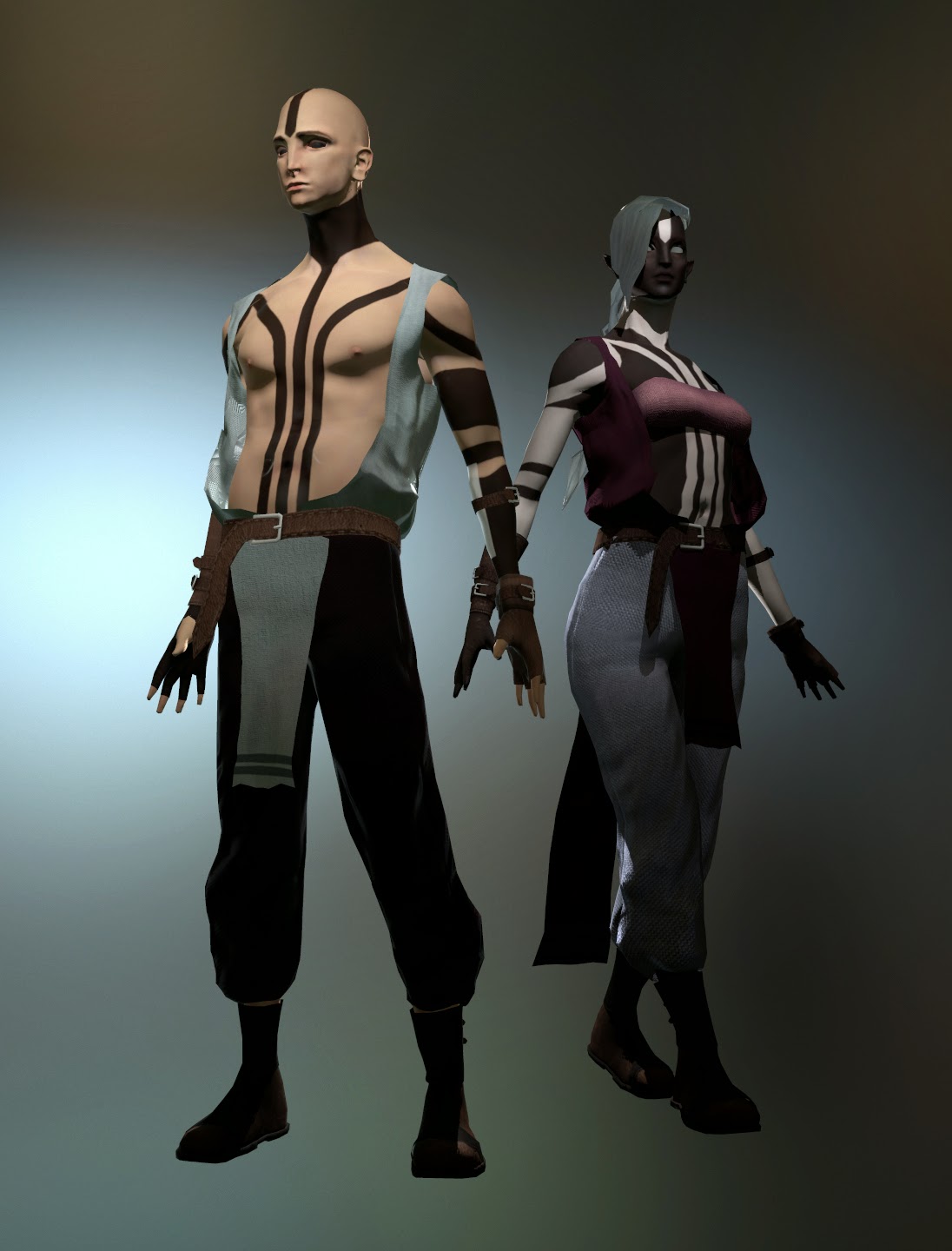 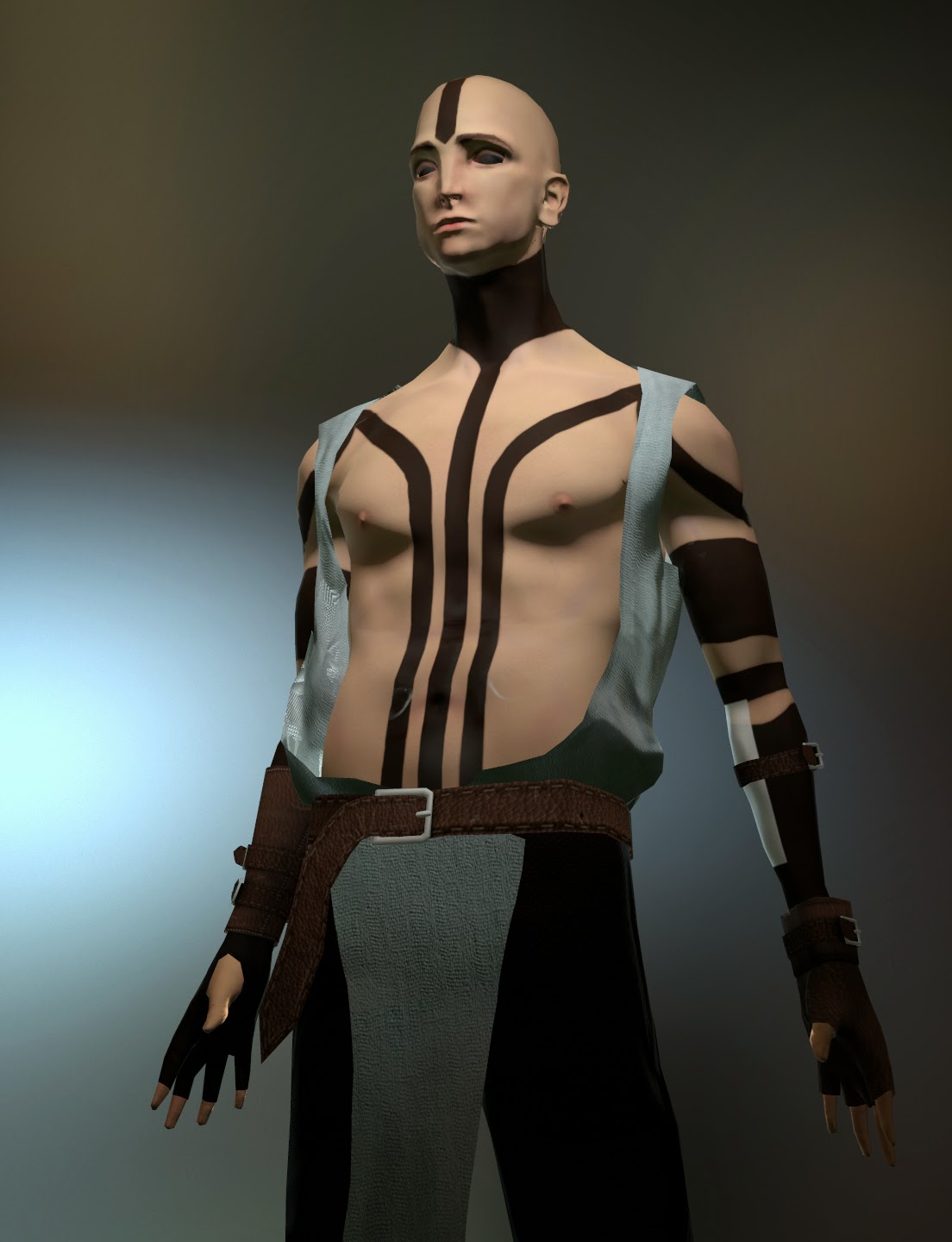 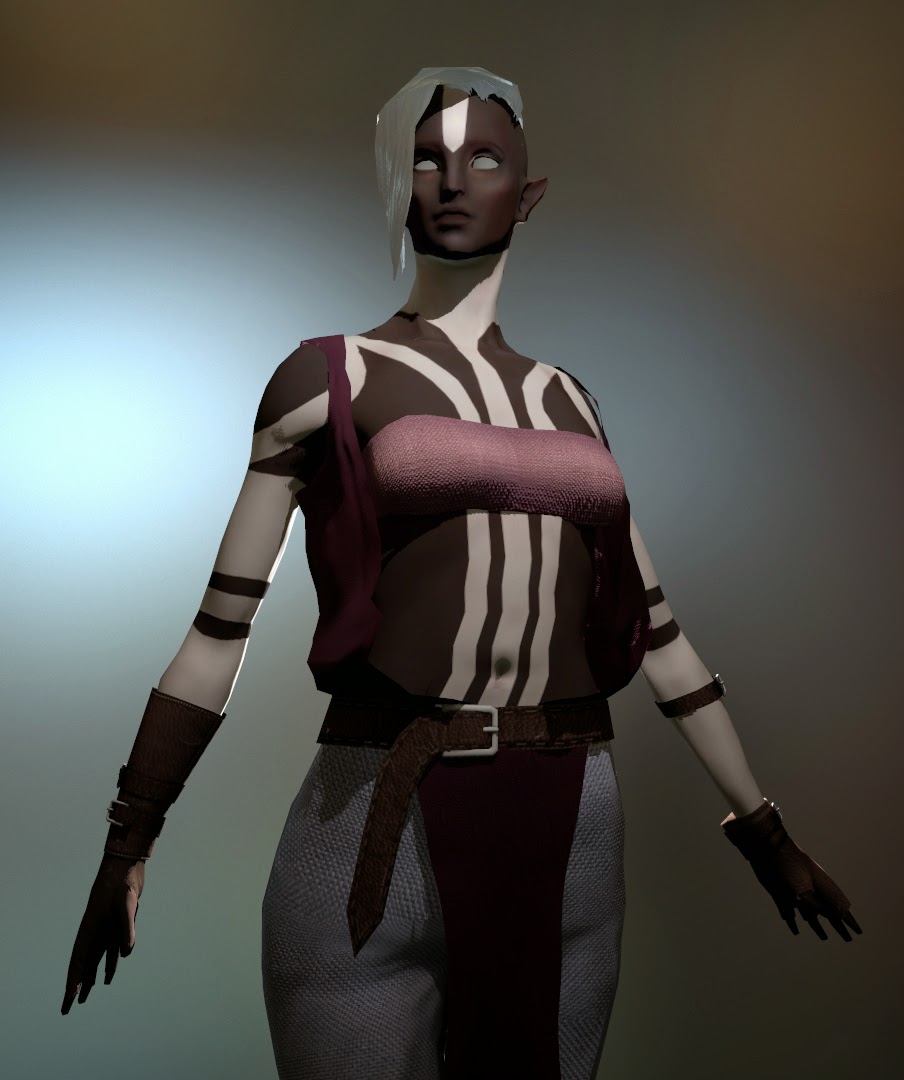 I was relatively happy with the outcome of the project, it is certainly a nice feeling seeing your characters running around game levels.  It was a great experience to work as part of a larger team and work towards the same goal. I would like to redo some elements of my character for my own sake as I would probably give the characters a different colour palette to suit them better and improve my materials.