King of the Dead

Yesterday we handed in our first little project, it was a group project titled 'King of the Dead.'
The brief was to produce quality work and original ideas in a short amount of time. We were to make a character on a throne, a wall behind the character and a floor below. This was to be compiled in UE4, be visually striking and encompassed a unique idea based around 'King of the Dead.'

We started our project by establishing what we would like and what we wouldn’t like to have in the project. As we were encouraged to think outside the box and come up with a unique idea we decided it would be best to avoid typical themes like the grim reaper, excessive black, day of the dead etc. So after putting a general pinterest board together we narrowed our ideas down to two main starting points. The first idea was that of somewhat different, a mouse surrounded by cat skins, The roles reversed to create a comical dynamic. The second idea being based on the idea of a lake that is deathly (based on a lake in Tunisia that kills any birds that land on it) and the film Under the Skin where the main character tempt men to their death. Our visual cues for this idea were mainly like a white beacon in a dark environment, main focus on the character, the contrast drawing the eye.
We decided to go with the second idea and focus on it being very ethereal and almost enchanting.

I started with a few concepts to establish mood and think about composition, after meeting with the rest of the team we decided that one of us should see whether our base idea would work in engine. So while the others finalised concepts I started setting up placeholders in engine and working out how to create a convincing water texture, particle effects, etc.

After setting up a basic place holder level I created a water material, atmospheric particle effect, atmospheric fog, first pass of lighting.
Once we had the concepts finalised I went on to add more accurate placeholders, closer to the concept, so we had the composition we were after. I also added the planes around the placeholders for the fog alphas, and applied Finns textures once he had painted them.

With the placeholder level set up we could move onto assigning jobs from the asset list. I was assigned the character body. Using Ed, Rachel’s and Chelsea’s concept I did a quick visualisation on the throne to decide the pose. With the pose established I could jump into zbrush, get the sculpt down, retop and get it all baked and textured.
In regards to the texture I kept it pretty simple as I knew I would be using emmisives on the character as it will be the main focus of them image. 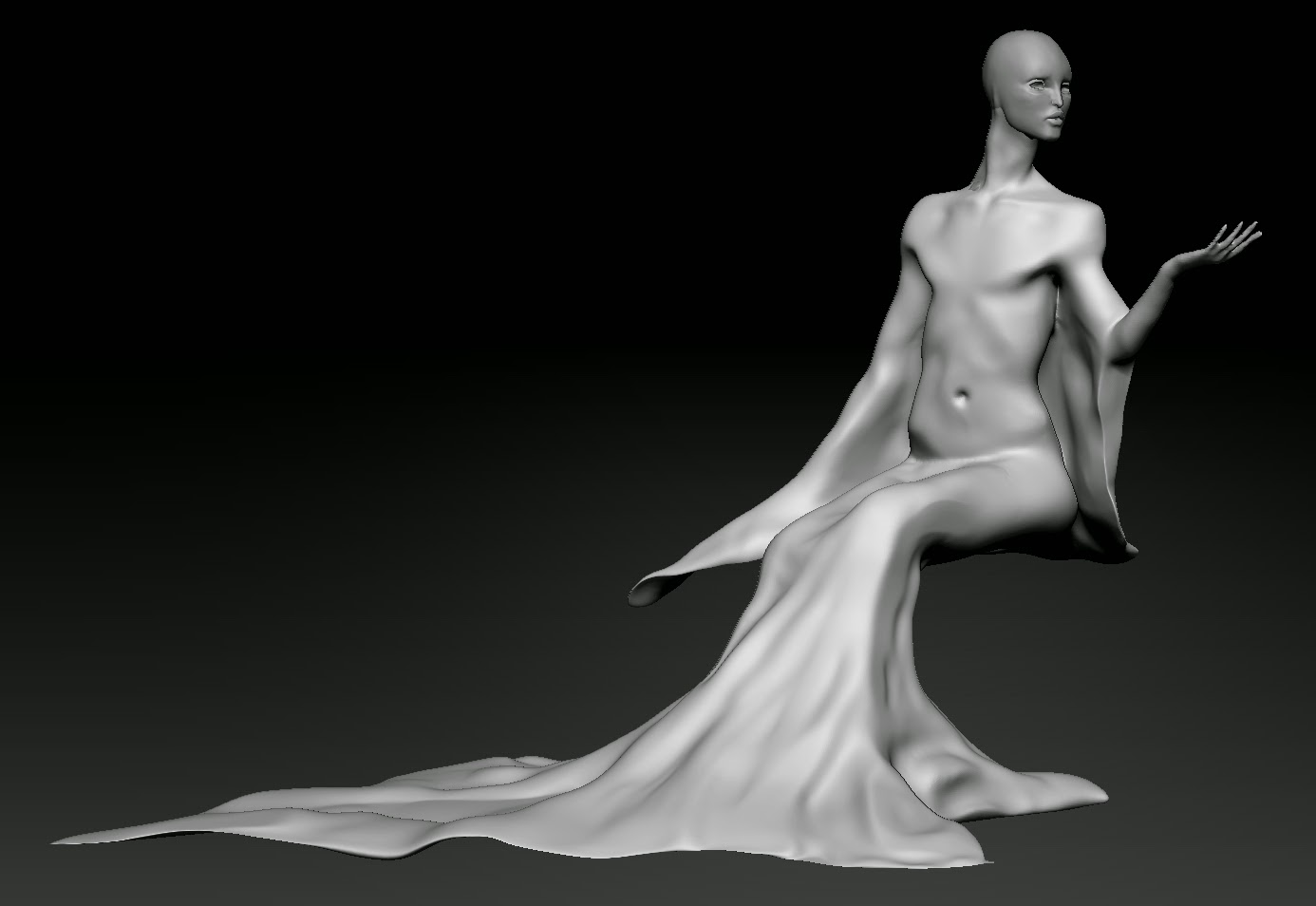 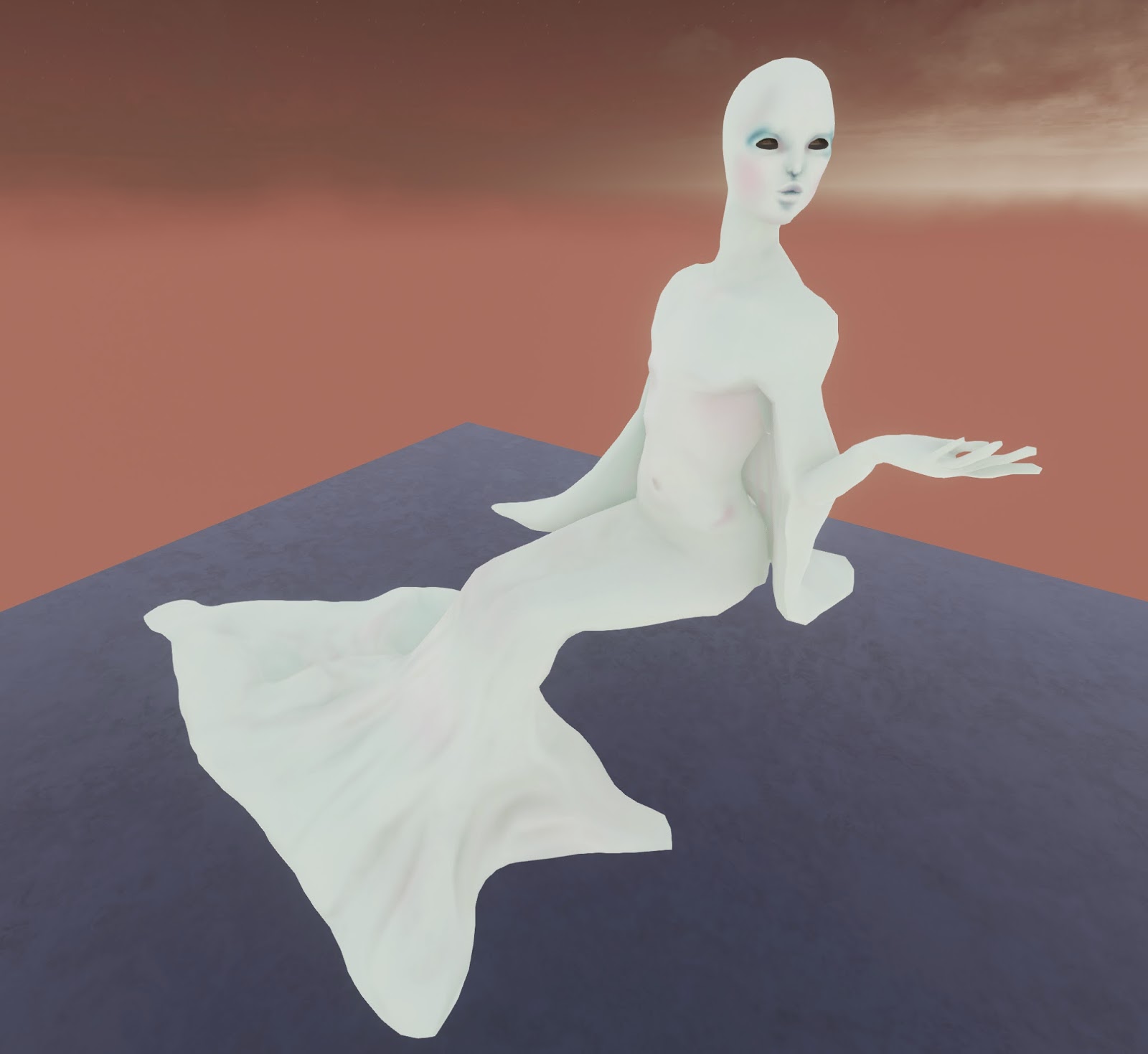 Once I had finished up the character I moved back to the engine, getting the lighting sorted once everyone had dropped their assets in, quickly modelling the boat and polishing the finished look. 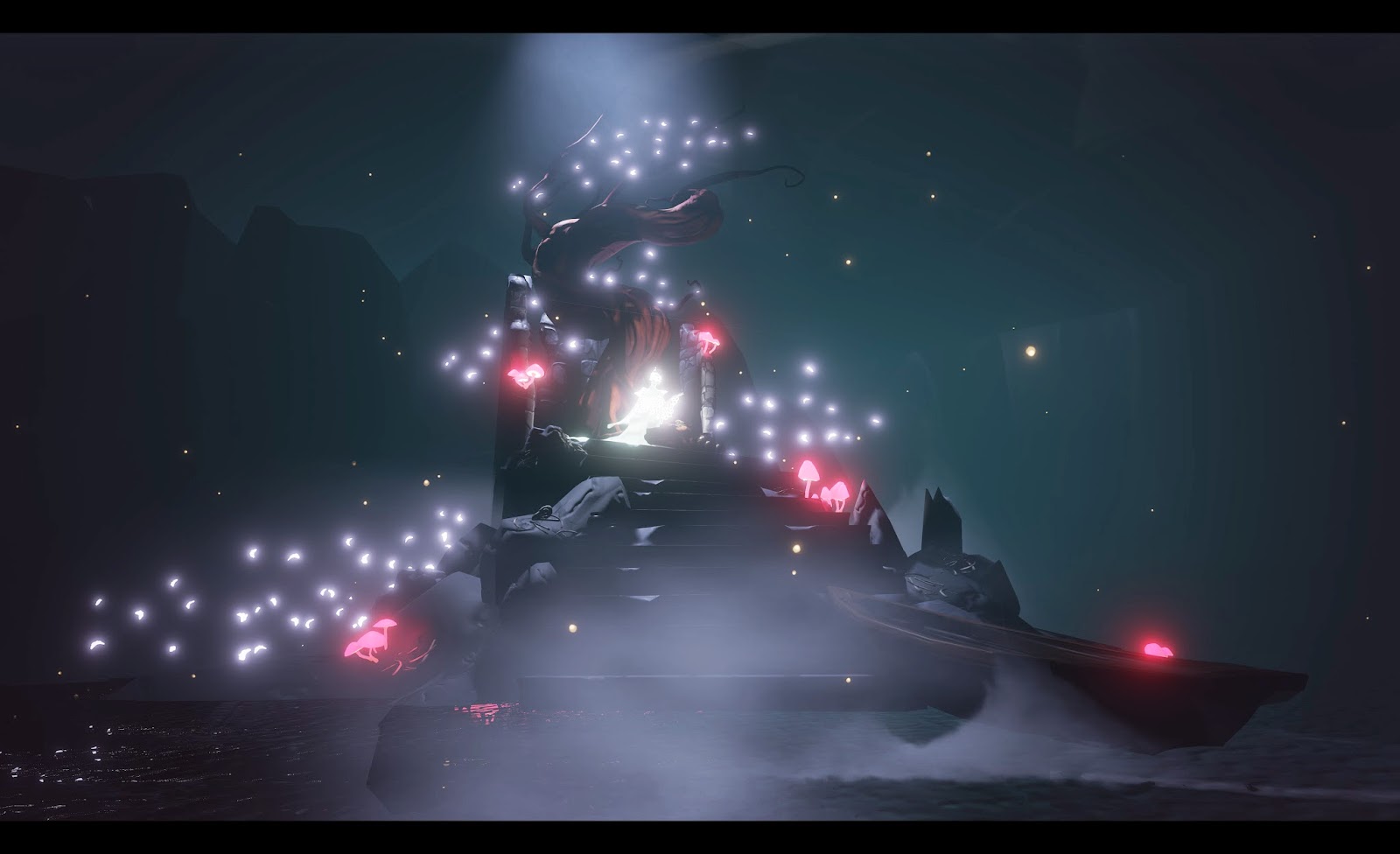 Overall this project went really well, we quickly managed to unify an idea that we were all happy with and we managed to organise our time so that we finished in advance of the deadline, giving us time to meet some stretch goals.

My only concern about the project is that I ended up doing the majority of the engine work. I tried to encourage others to have a go but I think because we encountered a lot of problems trying to move the project from computer to computer it meant that people didn’t get to use the engine as much as they would liked to have.


We managed to stick very closely to our key concept and create our own unique stylisation inspired by the source artwork by Otto Schmidt. As much as we would have liked to get it closer to the art style, I think in the time we had it was not completely realistic. Being able to create material shaders and other technical things to get it to fit the style exactly would take longer as we would have to work out how to do it, which would be quite complex. I feel we created a great interpretation on the style which is still ethereal but stylised. In the future I would like to spend more time working on the technical side of creating a stylised look in engine.
Posted by Unknown at 08:56