The next element of game design I will discuss is Character design. For me Characters are one of the most important elements of games, certainly my favourite part in terms of design. The characters help to make the narrative move and create depth in the story.
It’s easy to answer, ‘what is character design?’ a more relevant question would be ‘what is GOOD character design?’
More and more game developers are realising that just having an aesthetically pleasing character is not enough to keep a gamers interest, the main aspect that makes a good character is depth, little elements to their design and narrative that make the gamer develop a personal relationship to the character.
It is important to look at characters in other media like film and TV. How do they construct a interesting character that the audience can relate to. There are many examples, as film and TV concentrates so much more on the back story and look (to an extent) of a character, which seems to be more and more the case in games.

Let’s take the character Joffrey Baratheon from the book and TV series Game of Thrones, his whole persona makes you instantly dislike him (well watching the series, this was the case for me.) I think that this is accomplished by his looks and acts through the series. Firstly his clothing is dark and with rich colours which connote that he is from a rich family. His sharp features make him seem cruel and the way the crown doesn’t sit properly on his head makes him seem out of place as king. Conventionally a king is big and strong, not small and weedy like Joffrey’s character which all the more just adds to the fact that he must be a cruel and sinister character. As the series progresses his acts and characteristics show his character all the more and reveal his back story, maybe offering an explanation to his cruel deeds. This makes the audience feel like they understand him more and maybe connect with him.
Although this character is a ‘bad guy’ it is still an example of good character design, the look and person of him adds strength and depth to him.

How is this now more often applied in games? 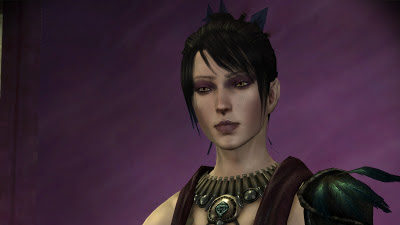